If you’re already tired of such standard types of poker as Texas Hold'em and Omaha, Seven Card Stud or Razz, and you want new sensations at the poker table, then you should study the rules of Badugi, an Asian poker variation that has won the hearts of many players.

At first it may seem to you that this card game has nothing to do with poker, but this is a false impression. Such sensations may appear primarily due to the fact that combinations are formed according to a completely different principle, and this is one of the main features of Badugi. 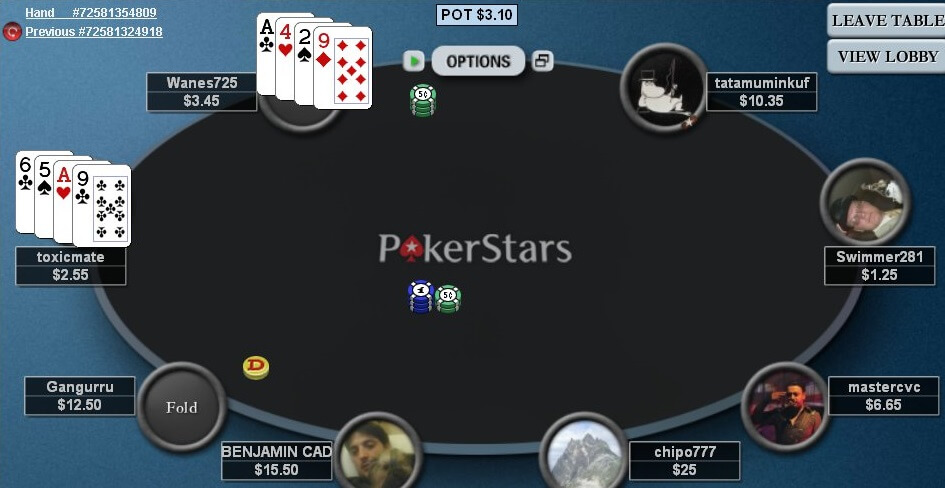 How to play Badugi

The game starts according to the standard scheme - the dealer is determined and the small and big blinds are paid. Then the players are dealt four pocket cards face down and the trading phase begins. As usual, the following actions are available to players at the table: call, raise, fold and check. When all players have made their choice, the next round will begin for the remaining poker players.

If you have previously played Draw Poker, then the game principle in the next three rounds will be completely clear to you. At the Draw stage, the participants in the deal have the opportunity to replace any number of their cards with others, drawing them blindly from the deck.

After each such Draw-round, another round of betting will follow, in which all standard actions will be available to the players.

Total you will find 3 draw-rounds with a round of betting after each of them. And then the final stage is a showdown, in which all the players show each other the assembled combinations and the winner is revealed.

As we wrote earlier, combinations are a key feature of this poker game. In this unusual poker variety, card suit is of great importance, since the best possible Badugi hand is a four-card low-card combination, consisting of different suits - A-2-3-4.

In the end, the winner is the player who collected the lowest (low) hand of Badugi (off-suit) - it is he who takes the pot.

Badugi is a very interesting game, which is sure to give you a lot of pleasant experiences. The main thing is to understand the Badugi rules and combinations, and then you will not experience any difficulties when playing this unusual poker variation.